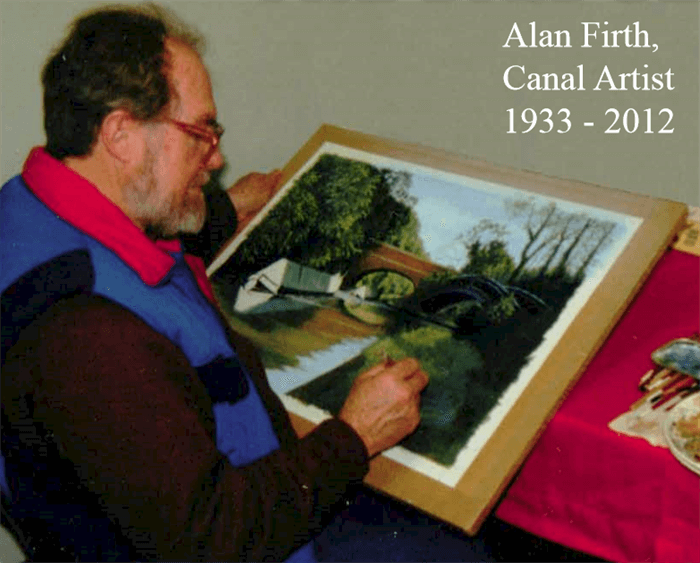 Alan Firth – the ‘odd lock’ artist. Tim Coghlan recalls the life and works, and his own personal memories, of canal artist Alan Firth who died recently after a long illness.

There is one signature painting by Alan Firth that really has most of the elements of his canal artist style, technique and licence – his well-known painting of Bearley Lock on the South Stratford Canal. The high-rising lock, lying alone and isolated in the middle the countryside, a half mile north of the Edstone Aqueduct, is the only one on that canal that is not linked to a lock flight, and with it a barrel-shaped lock-keeper’s cottage. Regardless of its correct name, it was just known to the working boatmen as ‘Odd Lock’. Alan Firth was also a loner, and the ‘Odd Lock’ name had its appeal. As Terry Stroud, the main distributor of his works commented to me following his death, ‘I probably sold more of his works than anyone else, and met up with him on a number of occasions, but I really knew very little about him as a person’.

Category: Articles
Thanks for subscribing!